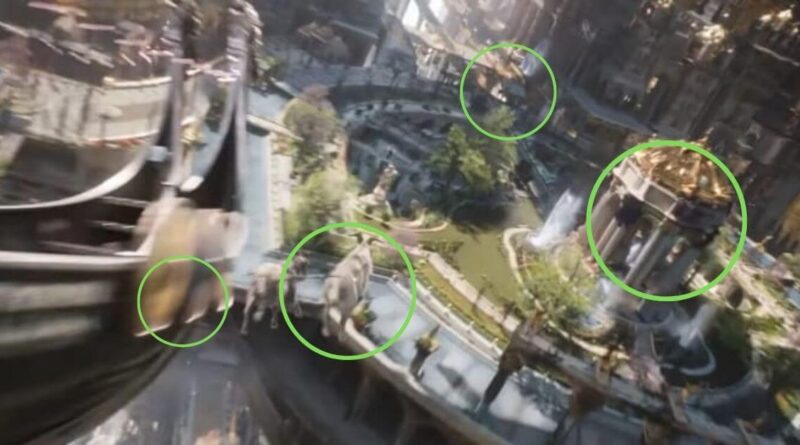 We all have missed so many hidden details in the trailer. So we made this thor love and thunder trailer breakdown we hope you like it and don’t forget to mention your thoughts about the breakdown in the comment section and without any delay. let’s dive into it.

The trailer started at where the Thor mediates in the previous teaser. and if we closely observe. They are two people. Who is climbing the mountain one of them is kind of looking like a female character and it may be Valkyrie or Nebula.

In the next scene. If we observe closely this scene where Thor wears a leather jacket we can see that Mantis is having a stone on her forehead. And mantis may upgrade her powers and can amplify her power and probably can use her powers without physical contact. But the origin of the stone. Is yet to be revealed.

The main reason for upgrading her powers by Marvel. Is because of the Next guardians of the Galaxy Vol 3 movie. Gonna be the last Guardian of the galaxy movie in MCU and it was already confirmed by James Gunn. So marvel boosts every guardian’s power. So in Thor Love and Thunder. Marvel may tease some of the Guardian’s new powers.

In the next scene, we can notice that the new Asgard was turned into a tourist place. And we can say valkyrie amazingly developed the new Asgard. And in the previous teaser, we can see valkyrie is talking to the world leaders at a conference.

So she changed the new Asgard into a very beautiful and also powerful place on earth. and we can see a golf court and also crew ships in the scene. Which is a clear representation of new Asgard becoming a popular tourist place.

The scene where Thor changes his outfit with a powerful punch on the ground is one of the best change of outfits in MCU. We can see a new outfit of Thor and it is very accurate to the comic version. And the main detail in that shot is the two goats beside Thor. And these two are new vehicles for Thor. And they two are very accurate to comics and their names are Tooth Grinder or Tooth Smasher they are very powerful.

Next, we can see the previous teaser scene. The appearance of Jane foster. But it is more detailed and if we can see monsters behind Thor and we can assume that the fight is happening in the new Asgard. Because we can see cars and buildings and other earth materials. The only possible place where Gorr the god butcher can attack is the new Asgard. Because his main goal is to kill all the gods. We will discuss more this in the upcoming breakdown of upcoming scenes.

In the next scene we can see the entrance of the Jane foster and if we observe closely while she is landing her helmet automatically closes according to her will. Just like the Iron man helmet. It also closes when Tony wants according to his will.

Olympus fight scene before knowing further about it let’s look into what is Olympus. As the Asgard is for the Asgardians. In the same way, the Greek gods have Olympias. And the whole look of the Olympus is very accurate to the comic version of Olympias. From the trailer, we can assume Asgard has a very futuristic city and the Olympias is a traditional type. and next, we can conversation between Thor and Jane foster. And the main detail is Thor tells jane foster they are 8 years apart and jane foster says 3 years. the main reason could be jane foster is also one of the people who are snapped or blipped by Thanos.

in the fight scene, we can see that jane foster has using Mjolnir. She can easily break and fix the Mjolnir. According to her will and we can also see that jane foster added a little thurst to the piece and used it as a weapon. So we can understand that she got control over thor powers very easily and quite fast. And she is also using the thor powers more powerful than thor. And the main reason for the breaking and fixing of Mjolnir is because the Mjolnir may be fixed with the broken pieces of the old Mjolnir. That Hela broke in ragnarok. So the broken pieces can be easily broken or fixed with Janefoster’s will.

The Statues behind Jane foster:-

In the next jane foster entrance scene. We can see the awesome entrance of jane foster. And she uses Thor’s power. her look and other things of her normal. But if we see the background statues behind her are pretty interesting. So let’s look into who are the people on the statues.

The statue on the right and the first. in the green circle are the Living Tribunal and the opposite statue on the left side. in the red circle is the Lady death. And she is not Hela is known as the god of death. But the lady’s death is different. She is from a different entity and she is a lover of Thanos there is a whole new story in the comics. But we don’t get into it now.

And the next statue behind is the watcher or eternity. The opposite to him is Eon. In the Marvel comics, the Eon is the oldest eternity. It is said that he is born when the whole universe is born. He is probably born when the big bang happened. An eon is not as evil as he looks but he is on the hero side. And he lives in another dimension named Eon verse. And protect the world and behind the Eon is maybe infinity. And she kind of regulates the time. and the other statue is not visible. So we couldn’t figure out who it is.

Next scene, We can see the main villain of the movie. Gorr the God Butcher this role is played by Christian bale. He is one of the Oscar winners. In the first appearance of the Gorr the God Butcher. We can notice a tiny detail. It is there is a dome-like structure on the moving planet or object and Gorr might have been trapped a god in it. In the next scene, we can see his main weapon All-Black Necro Sword. This sword links to the venom and the Celestials. We are not going into the origin of the sword. Because it’s a whole new story in comics and everyone gets a headache if we started the story now.

The physical look of Gorr the god butcher is not accurate to the comic version. In comics, he is most likely like Voldemort. and has tentacles. you can see the comic version of Gorr the God Butcher in the above images. But Marvel changed his appearance in the movie and in the next scene. We can see the actual entrance of the Gorr the God butcher. And we can see black moving things in the background. It is nothing but his shadows. As we discussed earlier.

His shadows are so powerful and again the moving objects ( Shadows ) are very similar to Venom’s structure because. The origin of the sword is linked to Venom. And the next scene we can see Gorr’s original look without any scars. This image may be of Gorr before getting the All-Black Necro Sword and before turning into Gorr the God Butcher. And this scene maybe also from the backstory of the Gorr. Because Marvel didn’t show Gorr origin and other details in any other movie. So in Thor love and Thunder movie, We will get the backstory, his powers, and other details of Gorr the god butcher. 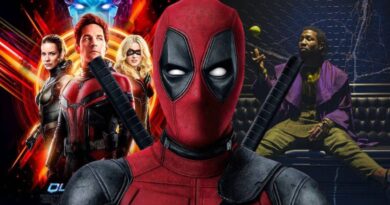