Naruto Anime completed 20 years since its first release and Naruto’s 2oth Anniversary was celebrated on 3rd October 2022 in Japan. In the 20th Anniversary celebration, we got some awesome announcements. The writer of the Naruto Anime Masashi Kishimoto gave all Naruto fans a few surprises. One of them was a Reboot to Naruto Anime well it is not officially confirmed by him. But he gave hints about the possible Reboot of the Naruto Anime. So let us know them and see the possibilities of a Naruto Reboot in 2022. So without any delay let us dive into it.

Why so sudden Rumors about Naruto Reboot?

If you are also one of the people who are thinking why so sudden rumors about the Naruto Reboot now? Well, the Naruto Reboot is not a sudden request by fans. Naruto fans are asking for a reboot since 2016. But the makers didn’t give much taught to bringing Naruto Anime back to life. Instead, they started a new Anime Boruto: Naruto Next Generations.

This Anime represents the next generation of Naruto and how the Shinobi world has changed over the period. But Boruto Anime didn’t get a hit as Naruto Anime got and many of the fans didn’t like it. Because of it, fans are eagerly waiting for a Naruto Reboot for so long to see the old Anime back in action. But it is hyped now because of Naruto’s 20th Anniversary Celebrations.

Naruto Anime’s 2oth Anniversary was celebrated on 3rd October 2022 in Japan. On the occasion of the Anime completing its 20th year an official Naruto website has been released and also a video has been released having Naruto’s biggest moments with a new animation. This Reanimated clips made every Naruto fan have the thought of a Reboot to the Naruto Anime and it is the perfect time for Naruto to get a reboot.

Because Naruto reached great heights through his storyline. But some of the character’s backstories and some places like Katsuyu sage zone Shikkotsu forest are still unexplored and new people are introduced to the Naruto Anime. So it will be perfect to get a Reboot to Naruto and it will become a great hit on the internet. Maybe even greater than old Naruto Anime because the new Animation of the clips gave Naruto the modern Anime look and feel to people and with the new animation Naruto Anime can give tough competition to the present ongoing Anime.

Why do we need a Reboot for Naruto?

All Naruto anime fans are asking for a reboot because most of the Naruto fans didn’t like Boruto anime. And they all want to see old Naruto back in action. Also, most of the Naruto Shippuden story was didn’t complete and they are so many characters in Naruto they are not explored like we didn’t get to see actually what happened to Naruto after the 4th Great Ninja war, we didn’t get to see how he unlocked new abilities, Sasuke’s journey and a lot of other important stuff. And characters like Danzo and Hiruzen’s back stories are not completely explained. So all Naruto fans wanted a reboot and want to resume the story of Naruto.

As part of the 20th Anniversary celebrations of Masashi Kishimoto the writer behind one of the greatest Anime of all time Naruto. He shared a message on the occasion of Naruto’s 20th Anniversary in it. He mentioned that a ton of projects are planned for Naruto fans. And this could be the long-awaited wish of all naruto fans a Reboot of Naruto. We didn’t have the official confirmation of it. But Kishmoto’s message adds a lot of weight to the Naruto Reboot. So will Naruto get a reboot?

So there are a lot of things that support Naruto’s reboot. One of the big supporting news about Naruto Reboot is that Mr.Beast is kind of looking into funding Naruto Reboot. He even tweeted about it you can see the tweet of it and also the cost of making one of such re-animated episodes of Naruto. And as for the cost did anyone know that it cost 95k to make a single animated episode I don’t know until Mr. Beast asked about it.

If you know about the cost of the episodes before the tweet or after reading this article, Then let us know in the comments. So if we get back to the original topic. Yeah, the Naruto Anime Reboot mostly gonna happen. But I don’t think it happen around 2022 because there is not much time left for 2022 to end. It may happen in early 2023.

So what Naruto Reboot be like? Because if the Naruto Reboot gonna happen then how it would be like? Well, there are 2 possibilities for Naruto Reboot. All the Naruto Anime can be remade without any filters in the Naruto, Naruto Shippuden, and launching as a clean and updated version of old Naruto.

So if the Naruto reboot happens then it adds great fuel to all the Naruto fans to watch Boruto Anime. Or it can be Completely Rebooted like the old Naruto episodes didn’t explore many character’s backstories and also Naruto training after 4th Ninja war. So it can explain all of them and possibly like a continuation of Naruto anime.

What can we expect from the Naruto Anime Reboot?

If Naruto Reboot happens what can we expect from the Reboot? We may see so many Unexplained, Unseen, and other very important stuff some of them are

6. Fights we are never able to see like Minato vs 1000 stone shinobi, Might Duy vs 7 Ninja Swordsmen of the Mist…..

5. Naruto and Hinata’s Relationship after their Marriage.

The Naruto Reboot is probably gonna happen but it may not be in 2022 because there is not much time left before the end of 2022. But we may see the Naruto Reboot in 2023. And if we are not able to see Naruto Reboot then at least we can see a Remake of Naruto episodes into New Animations. All the old episodes will be Re-animated just like Road to Naruto Animations. That was released on the 20th Anniversary of Naruto. So what do you think will Naruto get a Reboot? Let us know in the comments. 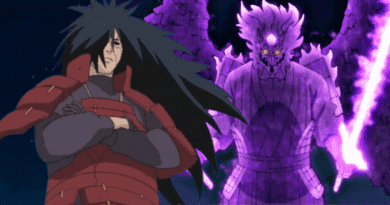 3 thoughts on “Naruto Reboot in 2022. Is Naruto Anime getting a Reboot?”