So there is pretty much a possibility of superman fighting with MCU characters and there was even Multiverse introduced to fans. So there is a possibility maybe not now but in the future there will be definitely crossovers between MCU and DC. And if really superman fights with MCU characters. Then the internet gonna crash for sure, because both Marvel and DC fans. Love to see the fight and also so many fans are already asking both Marvel and DC about the cross-overs by taking references from Comics. So if it happens who can beat Superman?

Superman was surely very powerful. So we also need some of the strongest Avengers who could beat superman from the MCU. So we made a list of 7 avengers. Who can currently beat Superman in a fight. So without any delay let’s dive into it.

We gonna open our list with the strongest Avenger in MCU. Hulk may not defeat superman in other situations like in space or while flying or with laser powers. But in physical strength, he has a huge advantage, because Hulk is just a monster with great strength. Do you know that Hulk even shook the whole multiverse in a fight with silver surfer. And in MCU he killed the incredibly big Chitauri aliens in the Avengers with just a single punch. And he even gave a good headache to the Surtur with a good punch. Hulk had a good chance of defeating Superman when it comes to Brute strength. So he became one of the members of our list of Avengers who could beat superman.

Ant-man is one of the unique characters in the MCU. He can shirk and travel to very small places even to the atom size right. He can enter into Superhuman Ear and become huge and thus blast superman’s head or he may keep a bomb in superman’s brain and blast it.  Because he even Shrinks to Atom size and can become huge up to a tall building. So Ant-man had a chance to defeat superman and he even gave very big trouble to Iron man in the civil war by entering into his suit and malfunctioning it. So we can rely on him as one of the Avengers who could beat Superman

Next, on the list, we have Iron man and every one of us knows he is a genius. He can easily defeat Superman by collecting kryptonite and combining the kryptonite with his weapons. Just like Batman did in Batman vs Superman. Iron man is much more intelligent and also rich than batman and also tony had a more advanced armor suit than batman.

If he can’t find any Kryptonite in MCU then he will create a Superior armor suit to defeat superman. Just like Tony created veronica and Hulk buster to defeat hulk and with his new Nanotechnology suit he can even travel in space. Do you know in Marvel Comics Tony even created a suit to beat Celestials. So there gonna be an incredible fight between them if it really Avengers vs Superman happens. So he is easily one of our Avengers who could beat Superman.

Next on our list, we have one of the greatest Mystic Art masters Doctor Strange. He can easily defeat superman by just transporting him into another dimension with his portals. Where there is no sun thus making him weak and he can defeat him. Or he can use the mirror dimension and trap him there.

In doctor strange 2 ( Doctor Strange Multiverse of Madness ) we have seen him awakening the Third eye. Although we don’t know yet the full powers of his Third eye. But it defentiey gonna make Doctor Strange more powerful than before. And we know he is the only one who defeated the Strongest villain in the whole MCU. Even though he didn’t have the time stone now. He is still more powerful than most of the Avengers and it makes him one of the Avengers who could beat Superman.

Some may think she is not an avenger. But in Avengers: End game in the amazing fight with Thanos. All the people fighting with Thanos are considered Avengers. She even has the power of one of the Infinty stones. So Captain Marvel is not forgettable in our list. She has superhuman abilities flight, superhuman strength, speed, and much more she stopped the Kree invasion on earth and she easily destroyed the ultimate battleship of Thanos in the Avengers: End game with one blow. And she can survive in space too so there are no big differences between superman and captain marvel. If there is a fight between them it is gonna become one of the big fights in both Marvel and Dc. So undoubtedly she will be a part in our list of the Avengers who could beat Superman.

Next, we have our God of Thunder. He is a great chance of defeating Superman and Superman is also pretty much considered a god in DC. So the other God who can defeat him is surely the God of Thunder from MCU. Thor can defeat superman with his ultimate weapon Storm Breaker. Because even all the Infinity stone’s combined power couldn’t stop the Storm Breaker in Infinity war. And without any weapon, He defeated Hulk who is the strongest character in MCU. And he even withstood the power of a full star in Infinity war and many more. So he is probably one of the Avengers who could beat Superman.

At the No.1 position on our list, we had the strongest avenger Wanda. She became the strongest character in MCU after becoming Scarlet Witch she just became invincible. Even before becoming a Scarlet Witch, she is more powerful than most of the MCU characters. Before she almost killed Thanos in the End game, she destroyed an infinity stone with just half of her power.

After becoming Scarlet Witch she can change Reality as she likes and she can make dead people alive and many more. She is just on a whole other level. Not to forget she even defeated the Illuminati like nothing in Doctor Strange 2 and also defeated the powerful sorcerer Doctor Strange very easily. So we are pretty sure that she is the powerful Avenger who can beat Superman in a fight. 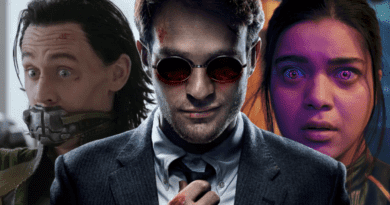