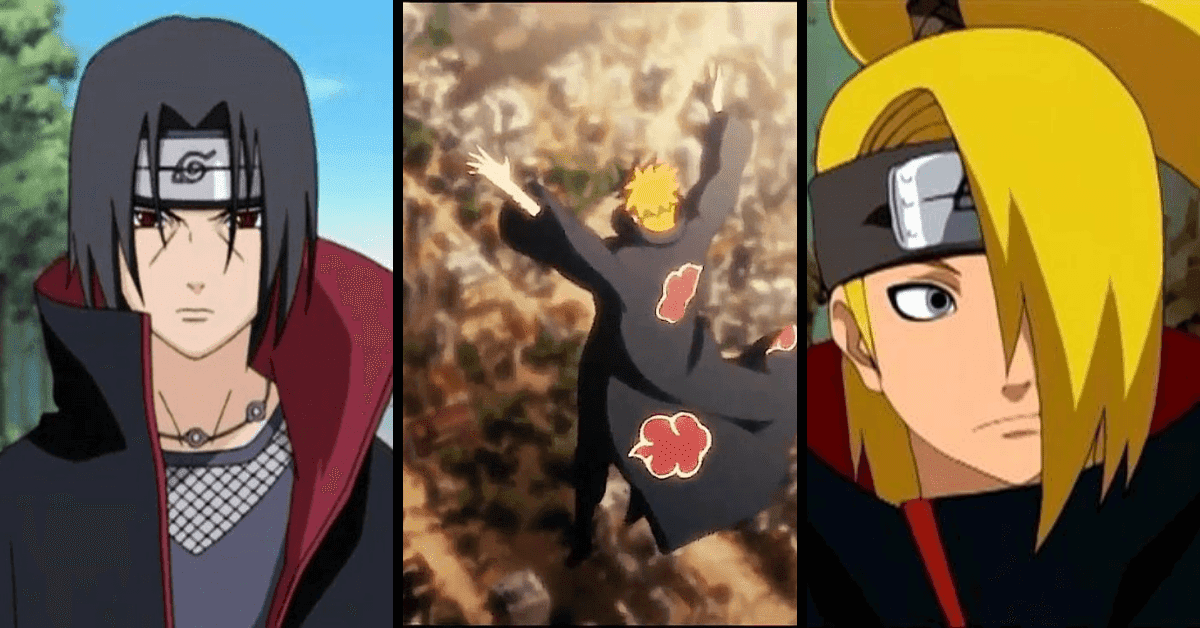 There are so many powerful Shinobi in Naruto. Who can destory the shinobi villages. But do you know the Top 10 shinobi who can wipe out a village easily. If not let’s know who they are in the list we made. And it’s not like every Shinobi in the list will destory the villages. But if anything uncertain incident happend than these Shinobi can easily wipe out a village. So without any delay lets dive into it.

Itachi is one of the strongest members of the Uchiha Clan. And Itachi had a very powerful Susanoo. Which is enough to defeat most of the strongest shinobi. Itachi Susanoo has special abilities and weapons that no other Susanoo had in Naruto Anime. Like the Sword of Totsuka, Yata Mirror. And with just normal Susanoo Sasuke was able to face all the 5 kages. So Itachi Susanoo can wipe out a whole village easily.

And Itachi is also very powerful Genjutsu Caster and after getting Shisui visual powers. Itachi became invincible in Genjutsu. With the Kotoamatsukami technique. Itachi can put every powerful shinobi in the village in a GenJutsu and wipe the village with them. So he is a very good start to our list of shinobi who can wipe out a village.

Kabuto is one of the powerful side characters in Naruto. After the immense power upgrade, he got from learning snake sage jutsu. He became invincible that even two of the strongest Uchiha members ( Itachi & Sasuke ) Had a hard time defeating Kabuto. So Kabuto became a very powerful shinobi in the Anime and he also changed his body completely making him invulnerable to physical attacks.

And he also added the powerful sound shinobi abilities in his body. So he can deafeat so many powerful shinobi whith his powers. And even withut any upgrades he was able to fight with the legendary Sanins ( Jiraiya & Tsunade ) with in a team of Orochimaru. So he can wipe out a village easily. Or if we want to go on a easy Battle style mode. He can perform a Reanimation jutsu and summon so many powerful shinobi. And simply wipe out the entire village with the Reanimation shinobi in a very short amount of time.

Or if he really want to destory a village he can simply act as he was kidnapped. And notify the 4th Raikage that he was kidnapped by some village. And Raikage will do all the work. He will do anything in his power to save his brother. And he will even raise war for brother. We have actually seen this incident in the Anime. When Sasuke attacked killer bee. He acted like he kidnapped. And we all know what did the 4th raikage did for his brother.

Diediara is one of the strongest Akatsuki member in Naruto. He is an expert in explosions. we have already seen him destorying so many villages with his Clay bombs. And he can also use his ultimate explosion by blowing himself and causing an explosion of 5 miles.

Which is more than enough to destroy a entire village. So the normal C3 clay bombs, he made with his hands could destroy a village. Which is actually enough to blow a vilage and the ultimate explosion of his can blow more than one shinobi village in Naruto. He can also destory a village with his normal clay explosions. And thus he became a member in our list of shinobi who can wipe out a village.

The 4th Hokage of leaf village also known as the Yellow flash of the leaf. He is the fastest shinobi in the whole shinobi world. Minato Once defeated 1000 stone village shinobi single-handedly without anyone’s help in the 3rd Great Ninja War. Which played a major role in stopping the Ninja war. He did this by using his legendary technique of the Flying Thunder God Technique.

And he is also the most powerful sealing expert we have ever seen in Naruto. So he can simply seal the whole village by not getting any help from other villages. Just like Kushina Uzumaki (Naruto’s mother ) did to seal Kurama when Naruto was born. And by doing so he can finish all the shinobi in the village in no time with his Flying Thunder God Technique.

Next on our list is the founder of the Hidden leaf village. He is also known as the God of Shinobi. Hashirama Senju is the first original wood-style user. And he is so powerful that he even defeated Madara Uchiha. And so no village can stand against him. He can create a huge Golem and simply Smash the village in one move.

Or he can simply turn the whole village into a forest and make a huge advantage out of it. By blocking the shinobi to not using their strongest jutsu. And he can heal himself without weaving any signs. So he will be basically immortal. So it gonna be a very tough fight for even Naruto and Sasuke. And Hashirama even had sage jutsu. Which is far enough to beat most of the shinobi and wipe out a village in no time.

Madara is a very formidable opponent to even Naruto and Sasuke with their full powers. So no other shinobi can’t even get near Madara if he wants to destroy a village. The village is blown away in seconds. Because he has the Ultimate Susanoo and he can simply wipe out the village in seconds with it. And we have seen the five Kage together can’t defeat Madara Uchiha. So no other shinobi can defeat him.

His nickname is pretty accurate for his powers The Ghost of the Uchiha. As a member of the Uchiha clan, he is the most powerful member in the Uchiha clan in the 10 tails form. And he is the first shinobi to awaken the Rinnegan. So if he can undoubtedly wipe out a village with his Rinnegan powers. And if he wants to be quick he can simply drop out meteorites from the sky as he did in the Furth Great Ninja war. and destroy the village in seconds.

The next Shinobi on our list is also one of the users of Rinnegan. Nagato is one of the finest users of Rinnegan and also a very unique Rinnnegan user. Nagato made use of all Sage of six paths powers by using 6 dead bodies and controlling them. And using each Shinobi body has a path of the sage of the six paths. To be honest he can wipe out some of the shinobi villages by using just one path of him.

And if Nagato uses Pain in the battle. Then it just takes a few seconds to wipe out a village. He showed us the ultimate technique of his using the Deva path of sage of six paths. And by using the attraction and repulsion of the Deva Path. He used the ultimate jutsu Almighty Push and with this Jutsu, the village will be no more in just seconds.

Next on our list is the dearest friend of Naruto Sasuke Uchiha. He is one of the strongest members of the Uchiha clan. After receiving power upgrades directly from the sage of six paths. Sasuke became unstoppable. With his new Rinnegan, he got access to the deadliest powers. So if he wants to destroy a village he can simply do with his Chidori technique.

But it may take so much time but the job will be done. As we have seen in Naruto in the last movie. He smashed a huge meteorite in the air itself with his Chidori. so he can simply wipe out the village too. Or he can use his Indra’s arrow with this technique, not only one village. But he can blow more than 2 villages in one move. Or he can simply drop some big Boulders on the village. Like Madara did in the Fourth Great Ninja War. And the village will be gone in no time.

Finally, it’s time for our main character of the Anime to appear on our list. Naruto Uzumaki is the strongest shinobi alive in the shibori world. Even though he lost Kurama Naruto is still so powerful. And he can simply use the Gaint Rasenshuriken and destroy the whole village in one go. Or If Kurama is still alive then he can use Kurama support and can use the Ultra Big Ball Rasenshuriken.

Which can even stop Indra’s arrow. With this jutsu of Naruto, he can not only destroy one village. But he can wipe out more than 2 villages in one go. Or he can Summon toads from Mount Myoboku and he can simply wipe out the village with the help of the Toads. Or without any much effort he can simply use his multiple Shadow clone jutsu to wipe out a village and. We all know how good he is with the Multiple Shadow clone jutsu. Making him the strongest shinobi who can wipe out a village.